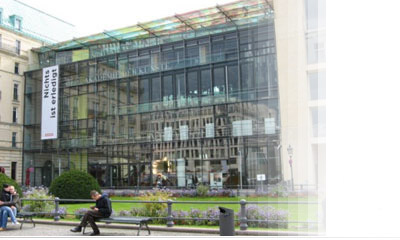 City of Berlin, represented by the Department of Urban Development 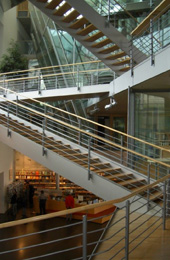 After nearly 70 years the Akademie der Künste (Academy of the Arts) returns to its historical location at Pariser Platz. The new construction, designed by the architects Günther Behnisch and Manfred Sabatke with Werner Durth in 1994, integrates the remaining historical halls.

At the start of our involvement, the project had already reached a critical condition. The general contractor had halted all construction work after termination by both parties. The structure was not yet weatherproof and the press reported serious problems with mould in the underground chambers planned as an archive. The legal entity acting as builder, a company formed solely for this purpose, proved to be unable to function in an effective manner.

Focus of the Crisis Management:

Immediate measures to weatherproof the finished structure and combat the mould problem
Analysis of the current state (costs, schedule, quality of work)
Restructuring of the project organization through takeover of the construction function by the Department of Urban Development
Participation in the application for a budget extension
Elimination of the planning deficiencies in close collaboration with the client and prospective users
Awarding of individual responsibilities according to official procedures for public funds
Projekt-Porfolio (PDF)