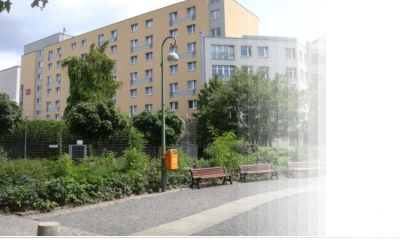 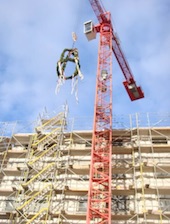 In 2002 apartment building at the corner Bülowstraße 19-22 Frobenstraße was converted into a hotel. Over the last years since 2002 Berlin’s hotel market has steadily improved. The hotel’s favorable location offers a very good connection to the public transport system and road network. Additionally, the Aldea Hotel offers rooms towards the calm and sheltered courtyard and despite its central location can be seen as a place to retreat to.

The entrusted project included the redevelopment and modernization of the underground car park as well as overseeing the extension of further 11 rooms.

The redevelopment of the car park brought a challenging and far advanced process of carbonization, which affected the concrete structure. The concrete covering had to be removed until the reinforcement bars were exposed. The iron then had to be treated. Afterwards, a stronger jetcrete covering was installed in order to prevent damages in the following years.

During the expansion of the 11 rooms on the first floor an emphasis was put on ensuring the smooth running of everyday processes within the hotel.
The client is SAG Schöneberger Immobilien AG.